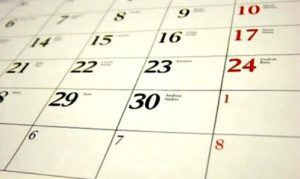 We are pleased to announce the International Video Game Hall of Fame and Museum Class of 2016 Induction Ceremony is scheduled to take place in conjunction with an event hosted by the Ottumwa Gaming Community the weekend of November 10-12, 2017.

Details for the Induction Ceremony itself will be forthcoming in the next month, but it is scheduled to take place in the evening Nov. 11, 2017.

We will be opening up sponsorships for this years trophies and possibly other items in the coming weeks. If you are interested in sponsoring the trophies, please contact us at contactus@ivghof.info.

We look forward to celebrating the induction ceremonies with everyone.

The International Video Game Hall of Fame and Museum, located in Ottumwa, Iowa, the Video Game Capital of the World, is pleased to announce the Class of 2016.

We are pleased to announce the following individuals and video games are being inducted:

Golden Age Gamers
Lonnie McDonald has a number of world records on Joust, was a U.S National Videogame Team member and has rolled over the score on a Joust machine in all 50 states.

90’s eSports Competitor
Chris Tang is an accomplished gaming tournament champion and game designer who is best known for winning the Sega World Champion competition on MTV and as a Nintendo World Championship City Champion. He was a designer and consultant for Sony and eBay in the past and is currently a Senior Game Designer on the “Stroke Harbringer” project.

2000’s eSports Competitor
Isaiah “TriForce” Johnson is an accomplished, record holding gamer and founder of Empire Arcadia, which holds the record for “most documented tournament wins for a gaming team.” Johnson has been a part of several gaming documentaries and recently retired from competitive gaming.

90’s Era Game
Legend of Zelda: A Link to the Past

Game Developer
Hideo Kojima is a Japanese video game designer, director and producer who is best known for the Metal Gear series. He is the director of Kojima Productions and former vice president of Konami Digital Entertainment. He also directed or produced games in other series, including Zone of the Enders, Boktai, and Castlevania: Lords of Shadow.

Industry Leader
Satoru Iwata was the fourth president and CEO of Nintendo and broadened the appeal of video games to a larger audience with the types of games he developed. He is most well known for working on the development of Pokemon and the Super Smash Bros. series. Satoru passed away July 11, 2015.

Community Action Award
Patrick O’Malley has been a force in planning gaming events, both large and small, which contribute to his local community and the gaming community as a whole. He has sponsored numerous events and fundraisers in support of gamers, industry pioneers and his community.

Walter Day Lifetime Achievement Award
Steve Wozniak has an incredible history as a competitive gamer, game designer and developer of the Apple computer which was a driving force in early gaming. Steve’s contributions as a competitive player, game developer and system designer set him apart as one of the most accomplished people in the history of gaming.

The induction ceremony will coincide with the annual ICON Trading Card Event to be held in Ottumwa, Iowa, in August 2017 with a date to be announced in the near future.

About the International Video Game Hall of Fame
Located in Ottumwa, Iowa, the International Video Game Hall of Fame and Museum is dedicated to honoring excellence in the field of electronic gaming by recognizing the champions, industries and professionals related to this popular activity. We will build and maintain a state-of-the art interactive facility containing historical archive exhibits describing the historic milestones of the video game industry, and preserve significant video gaming relics, memorabilia and artifacts of the times past and present.