We are pleased to announce the following individuals and video games are being inducted for the Class of 2019: 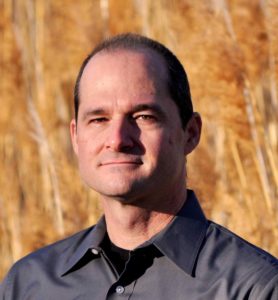 Jeff Peters – Jeff was a pioneer in competitive gaming in the 1980’s and one of the top players in the world-wide scene. Among his many achievements were running and growing the exposure of US National Video Game Team as well as competing on its behalf domestically and internationally, including organizing national competitive gaming tournaments. Jeff was also an original founder of the industry staple “Electronic Gaming Monthly” (EGM).

Donald Hayes – Multiple Classic Arcade record-holder including Centipede, Dig Dug and more. Only player to have a “quad” perfect Pac-Man score list – including perfect scores for Normal Speed and Turbo speed – both for Arcade and Emulator.

Pete Hahn – Pete currently has over 90 world records verified by Aurcade in arcade games including
Contra and Super Contra! He also helps other gamers with improving their scores. He is not
only a great competitor, but also shows true examples of cordiality and sportsmanship.

Galaga – A 1981 fixed shooter arcade game developed and published by Namco. In North America, it was released by Midway Games. Controlling a starship, the player is tasked with destroying the Galaga forces in each stage while avoiding enemies and projectiles. Some enemies can capture a player’s ship via a tractor beam, which can be rescued to transform the player into a “dual fighter” with additional firepower. It is the sequel to Galaxian (1979), Namco’s first major hit in arcades.

Tetris – Tetris was sold for a range of 1980s home computer platforms as well as arcades, it was the successful handheld version for the Game Boy, launched in 1989, that established the game as one of the most popular video games ever. Electronic Gaming Monthly’s 100th issue had Tetris in first place as “Greatest Game of All Time”. In 2007, it came in second place in IGN’s “100 Greatest Video Games of All Time” (by 2019, it had moved down to 7th).

Computer Space – Computer Space is a space combat arcade game developed in 1971 as one of the last games created in the early history of video games. Created by Nolan Bushnell and Ted Dabney in partnership as Syzygy Engineering, it was the first arcade video game as well as the first commercially available video game.

Ms.Pac-Man  – Ms. Pac-Man was critically acclaimed by critics for its improvements to the original gameplay and female protagonist, some labeling it as superior to Pac-Man. It has been listed among the greatest video games of all time and one of the most successful American arcade games ever made. The game’s success inspired several ports for home consoles and handheld systems, as well as numerous sequel and remake games, spawning a Ms. Pac-Man spin-off series.

Street Fighter Franchise (SF2) – Street Fighter is one of the highest-grossing video game franchises of all time and serves as the company’s flagship series. Street Fighter II was the first one-on-one fighting game to give players a choice from a variety of player characters with different moves, allowing for more varied matches.

Super Mario 64 – Super Mario 64 is a 1996 platform video game for the Nintendo 64 and the first in the Super Mario series to feature three-dimensional (3D) gameplay.  It is acclaimed as one of the greatest video games of all time, and was the first game to receive a perfect score from Edge magazine.  Numerous developers cited Super Mario 64 as an influence on their later games.

DOOM – Doom is one of the most significant games in video game history, and is frequently cited as one of the greatest games of all time.  Doom helped define FPS genre and inspired numerous similar games, known as “Doomclones”. It pioneered online distribution and technologies including 3D graphics, networked multiplayer gaming,

Super Smash Bros. Melee – Super Smash Bros. Melee received critical acclaim, as well as several awards and acknowledgements from various publications. It achieved strong sales upon its release, becoming the GameCube’s best-selling title with over seven million copies sold by 2008.  Following the popularity of its multiplayer gameplay, Melee has been featured in many gaming tournaments, and is one of the most popular fighting games.

Fortnite –  Created by Epic games, Fortnite became a resounding success, drawing in more than 125 million players in less than a year and earning hundreds of millions of dollars per month, and since has become a cultural phenomenon.  In 2017, the game was nominated for “Best Co-op Game” by PC Gamer,  and for “Best Spectator Game” by IGN.  In 2018, the game won the award for Best Ongoing Game by PC Gamer.

Assassin’s Creed – The Assassin’s Creed series has received multiple awards and nominations, including Game of the Year awards. It is also commercially successful, selling over 100 million copies as of September 2016, becoming Ubisoft’s best-selling franchise and one of the highest selling video game franchises of all time. 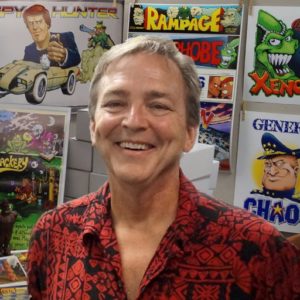 Brian Colin – Brian is an American video-game designer, artist and animator. Among his best-known works are the coin-operated arcade games Rampage, Arch Rivals and Rampage: World Tour as well as General Chaos for the Sega Genesis game console. He is the CEO of Game Refuge Inc., an independent video-game design and development studio with offices in Downers Grove, Illinois. He has been noted for his work in the field of bitmapped video-game graphics and animation, creating video-game sprites and tiled background graphics with a recognizable, identifiable style. 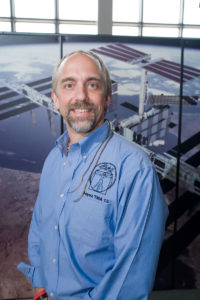 Richard Allen Garriott de Cayeux – Richard is an English-American video-game developer and entrepreneur. He is also known by his alter egos “Lord British” in the game series Ultima and “General British” in Tabula Rasa. Garriott, who is the son of NASA astronaut Owen Garriott, was originally a game designer and programmer, and is now involved in a number of aspects of computer-game development.

Garriott founded a new video-game-development company in 2009, called Portalarium.  His current project is Shroud of the Avatar: Forsaken Virtues where his primary role is as CEO and Creative Director. In 2011, Garriott married Laetitia de Cayeux. Both changed their last names to Garriott de Cayeux.

Bonnie Ross – Ross was named the 2019 inductee of the Academy of Interactive Arts & Sciences Hall of Fame, and has been named one of Fortune’s most powerful women in gaming.  Over the last twelve years, Ross pushed to broaden franchise reach and define Halo as a leader in trans-media across the entire entertainment industry, including the Halo series of video games, the upcoming Halo television series by SHOWTIME, and live-action series, such as Halo: Forward Unto Dawn and Halo: Nightfall.  Ross brings over 20 years of experience in the game industry, beginning her gaming career as a producer on PC sports games. She has worked on such titles as NBA: Inside Drive, Pandora’s Box, Zoo Tycoon, Dungeon Siege, Counter-Strike, Gears of War, Jade Empire Psychonauts, and Mass Effect. 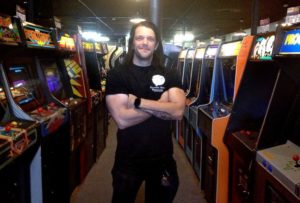 Doc Mack –  Founder of Galloping Ghost productions, Doc has turned Galloping Ghost Arcade from a dream into a mammoth arcade of over 720 machines and counting.  Doc has donated his time and machines to multiple events and tournaments.   Doc never has a worried look on his face as he gives everything he has to his community and fellow gamers.  Galloping Ghost productions has created numerous signs and banners for events all over the U.S., and most of the time without charge.  Doc has brought in many gifted gamers and celebrities into his arcade and treated them like kings and queens,  a very gracious host.   Recently he opened a pinball area and has purchased a Auto Repair Shop near the arcade to offer more to the community he loves.  Doc is truly a one of a kind with his contribution to his community. 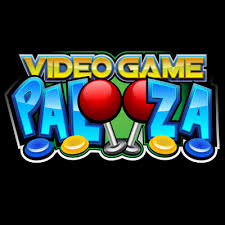 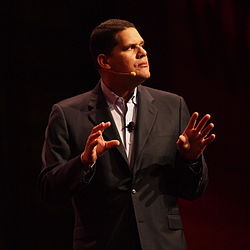 Reggie Fils Aime – Reggie is an American businessman, most recognized as the former president and chief operating officer of Nintendo of America, the North American division of the Japanese video game company Nintendo, from 2006 to 2019. Prior to his promotion to President and COO, Fils-Aimé was Executive Vice President of Sales and Marketing. Fils-Aimé gained celebrity status among gamers following his appearance at Nintendo’s E3 2004 press conference in May 2004, and helped to revitalize Nintendo’s image as a major contender among the other video game console makers, Sony Interactive Entertainment and Microsoft. In addition, Fils-Aimé had held previous sales and marketing executive roles at Procter & Gamble, Pizza Hut, Guinness, Derby Cycle, Panda Express, and VH1.

Fils-Aimé retired as president of Nintendo of America on April 15, 2019 after an announcement on February 21 and was succeeded by Doug Bowser.

The induction ceremony for the class of 2019 will be held October 4-6 in Ottumwa, IA. 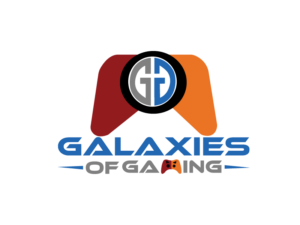