At 15, Tim Balderramos first grabbed media attention by laying claim to the Pac-Man World Title in 1983. He has remained among the top five Pac-Man players in the world ever since.

He later became only the fourth player in history to get a perfect score on the Arcade version of Pac-Man in 2004 and the first to do so on the PC-based Arcade Emulator platform. Tim’s Pac-Man high scores are noted in both the Twin Galaxies’ Official Video Game & Pinball Book of World Records and in Guinness World Records Gamer’s Edition 2008. 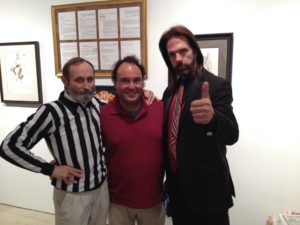 Tim in effect came out of retirement to compete in the Xbox 360 Pac-Man World Championship in 2007 – qualifying for a trip to the grand finals in New York City and taking 5th Place overall. On June 19, 2008, Tim formally announced his retirement from competitive gaming – returning briefly to take part in the Pac-Man Twin Galaxies Kill Screen Challenge in North Hollywood, California in 2015. 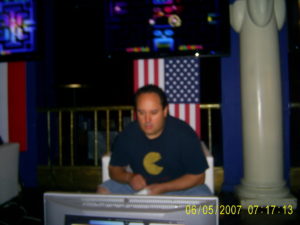 Tim currently resides in the Twin Cities with his wife, Candice, children Jared and Dia, and niece Cheyenne – with whom Tim still enjoys an occasional game or two. His interests include running, wrestling, hockey, and (of course) Pac-Man