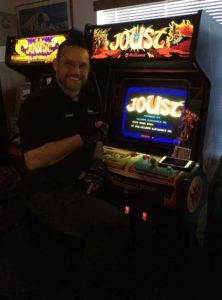 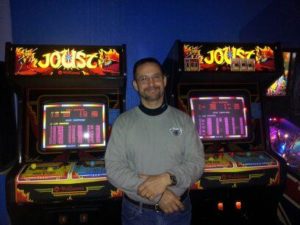 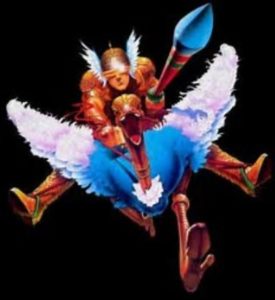 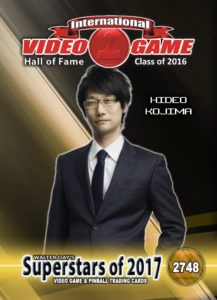 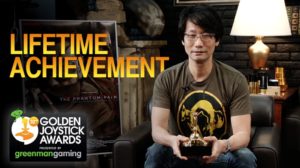 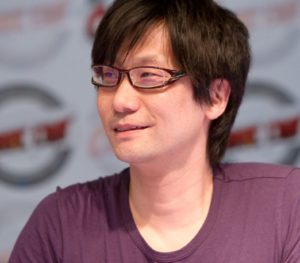 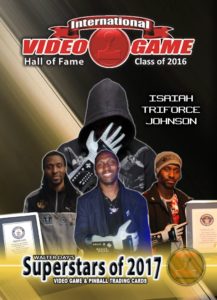 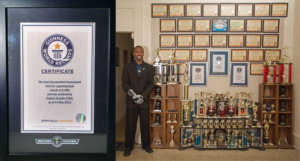 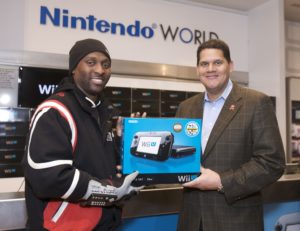 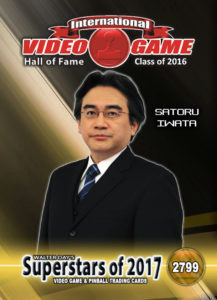 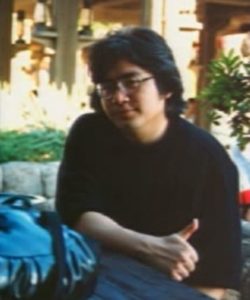 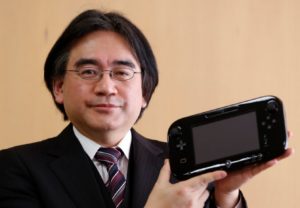 The public is invited to submit names of individuals and games in a variety of categories for the 2016 Class of Inductees.

OTTUMWA, Iowa – March 21, 2016 – The International Video Game Hall of Fame and Museum would like to remind the voting public that time is still available to submit nominations for the 2016 Class of Inductees.
Gamers, industry professionals, developers and the voting public are invited, and encouraged, to submit names for the following categories:

Participants are also invited to provide information as to why the individual, game or company should be inducted into the International Video Game Hall of Fame.

The public nomination process is the first of three steps in deciding who is inducted into the 2016 IVGHOF Class.

After the public nomination process is completed, a selection committee will narrow down the names for each category to present to a final voting pool which will then determine the final list of inductees.

Interested individuals can read about the Nomination and Induction Process here: http://www.ivghof.info/news/2016-nomination-and-induction-process/

The IVGHOF Board of Directors would like to thank everyone, in advance, for their submissions.

Thank you to everyone who has submitted their nominations for the 2016 International Video Game Hall of Fame Class. We appreciate the time and effort everyone has taken thus far to submit names of individuals and games as well as reasons these should be inducted.

Since nominations are still coming in, we are extending the submission period until 11:59 p.m. March 31, 2016.

We appreciate any sharing of this announcement with others to encourage them to submit their answers.

We would also like to note, if you do not have an answer to some of the required blanks, please put an answer of “No response” or “n/a” in the field and submit as normal.

You can view previous induction classes at the links below:

Individuals who were inducted in previous years are not eligible for induction a second time unless they qualify for the Community Action Award or Walter Day Lifetime Achievement Award.

As mentioned in the 2016 Nomination and Induction Process article, nominations are now open for four weeks, closing at 11:59 p.m. on March 7, 2016.

Instructions on how many nominations for each category is available within the form. If you provide more than the number requested, we will select the first 2-4 (depending on the amount limited to) from the names provided.

Users are encouraged to provide information as to why they feel an individual or game should be inducted, but are not required to do so.

The International Video Game Hall of Fame and Museum are pleased to announce that we will be opening up nominations to the public as part of the 2016 Nomination Process.

On Feb. 8 we will post a link to a form for nominations. Nominations will be open for a month before moving on in the process outlined below.

The information below covers the categories and number of inductees for each category as well as the process for this year’s class of inductees.

Categories, Criteria and Number of Recipients

Individuals nominated should exemplify the best characteristics in gaming, including but not limited to:

Honoring individuals, companies, or organizations who have shaped the history of the global electronic gaming industry through their historic game creations or technological innovations. (1 Inductee)

Honoring individuals, companies, or organizations who have inspired the growth, vitality, and prosperity of the global electronic gaming industry through their business wisdom and creative vision. (1 Inductee)

Presented to individuals who selflessly serve the global gaming industry through charitable activities while inspiring others to participate in harmonious community-building enterprises. (1 Inductee)

Honoring individuals or organizations who have served the electronic gaming industry over the course of a long career, enriching the industry with their selfless contributions, strong leadership, and creative vision. The point of this award is that they have served for a long time, whereas the Community Action Award is directed at people who performed benevolent and charitable tasks during a recent small time period. (1 Inductee)

It has been suggested that we open the nominations for the IVGHOF to the public via this website. The public will be provided with a form where they may suggest two names per category. This nomination process would run for four(4) weeks. Once the names are collected, the selection committee will compile and count entries for each name to narrow it down for the final voting pool.

The selection process is a two part process.
The first part would be the selection committee narrowing down the nominations to a set number of individuals per category.

The second part is where a non-disclosure agreement (NDA) would be sent to potential voters who are selected by the IVGHOF selection committee to place their vote on who gets inducted for each year.  Voters will be selected each year by the selection committee and are subject to change.  Voters are not allowed to disclose that they participated in voting on who is inducted into the IVGHOF. Any revelation they were involved would remove them from future opportunities. Numbers of voting groups may vary from year to year and those in the pool may change from year to year and will include, but are not limited to, past inductees of the IVGHOF, video game journalists, and gaming professionals. They would have 2 weeks to vote.

Once the votes are in, the majority vote (or two majority votes) wins for the categories depending on the number of inductees for each category.

Announcing the Class of 2015

In 2010, the International Video Game Hall of Fame and Museum, located in Ottumwa, Iowa, the Video Game Capital of the World, announced and inducted its first class. At that time, 29 individuals and one video game were inducted into the IVGHOF. Now, five years later, the IVGHOF is pleased to announce the members of the 2015 class to be inducted at an event in 2016.

The 2015 class of inductees was selected by accomplished gamers, journalists and video game industry executives who have extensive knowledge of the achievements in gaming. We are pleased to announce the following individuals and video games are being inducted:

Tim Balderramos, author of “The Perfect Game: Confessions of a Pac-Man Junkie,” holds the Pac-Man World Title, several other world records and is one of the top five Pac-Man players in the world. He retired from competitive gaming June 19, 2008.

Eric Ginner worked on a number of classic games for the Lynx. He also holds a handful of world records on different games

Tim McVey, subject of the Man vs. Snake documentary on Nibbler, was the first gamer to achieve a billion points on Nibbler and holder of several Nibbler world records

Thor Aackerland was the winner of the Nintendo World Championships in 1990. He holds two world records on Tetris.

Kat “Mystik” Gunn is a professional gamer and cosplayer who is  known for winning the second season of WCG Ultimate Gamer on the SyFy Channel. She has been named the highest earning female gamer in the upcoming Guinness World Records Book Gamer’s Edition.

Defender – Defender was one of the most important titles of the Golden Age, selling over 55,000 units and becoming one of Williams Electronics best selling game and highest grossing arcade game. Game development was led by Eugene Jarvis and was his first video game project.

Eugene Jarvis is a well known game designer and programmer who produced games for Atari, Williams Electronics and Midway Games. He co-founded Vid Kidz and currently runs his own development studio, Raw Thrills Inc. Jarvis was named the first Game Designer in Residence by DePaul University’s Game Development program in 2008.

David Bishop, Executive Vice President of NAMCO, has been involved in the video game industry since 1981 when he joined Barrel of Fun, Inc. as Vice President Technical Services. He moved on to Atari Operations Inc., as Director Operations in 1987. In 1990 he joined NAMCO’s team and has served in a variety of positions in his tenure there. David has been an industry leader, helping to advance NAMCO and gaming with his skills. His most recent project, Level 257, is a prototype arcade featuring a unique dining, entertainment and social experience inspired by PAC-Man.

The induction ceremony will coincide with the annual ICON Trading Card Event to be held in Ottumwa, Iowa, in Summer 2016 with a date to be announced in the near future.

About The International Video Game Hall of Fame

Located in Ottumwa, Iowa, the International Video Game Hall of Fame and Museum is dedicated to honoring excellence in the field of electronic gaming by recognizing the champions, industries and professionals related to this popular activity. We will build and maintain a state-of-the art interactive facility containing historical archive exhibits describing the historic milestones of the video game industry, and preserve significant video gaming relics, memorabilia and artifacts of the times past and present.